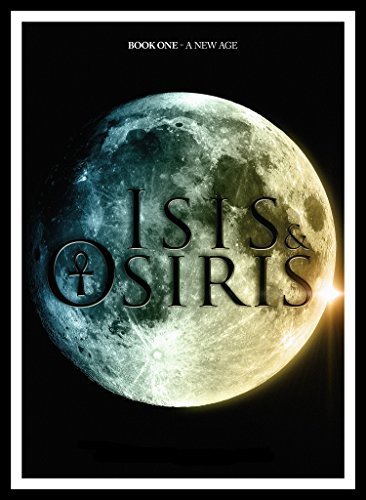 A New Age (The Legend of Isis and Osiris Book 1)

by Ehab Hosny
Dozen of years ago… Pre-dynastic Egypt where chaos reigned; the lands a tangle of disorder, and people; children of violence. Rising out of this mire were the predecessors of the Pharaohs. Born of the goddesse, came the great Osiris, Isis, and their siblings: Horus, Nephthys and Seth.

Osiris, charismatic and strong, took control and brought astonishing change to Egypt. He introduced agriculture and harmony, culture and prosperity. As the pharaohs later echoed, to hav more godlike, they can only marry amongst their own flesh and blood. This is the saga of the deep, passionate and abiding love that Isis and Osiris shared, the evil that ultimately befell them, and determination of Isis to prevail over the monstrous circumstances she found herself in.

Isis and Osiris ruled over Egypt and the surrounding lands with compassion and respect. They were beloved and revered. Barley and wheat were introduced – and therefore bread and eer. Their ister, Nephthys, was skilled at healing with herbs, knowledge and a kind heart. Horus-the-Elder was a wise and articulate man, bearing the gift of foresight. Isis had a special connection with animals – both wild and domesticated – her two favorites being Bastet; the cat, and Montu; the falcon. Then, there was Seth…

Seth was the cause of parentless manipulation with nefarious intent. Originally, he wa good heart – but over time, he egan to succumb to evil and covet what others possessed, what Osiris had – Isis – and the people ’ s happiness.
Seth was lord of the desert. Living with a successful family of villainous thieves, he eventually reached the point where taking a life was merely whim. He aligned himself with the wicked Queen Aso of Punt, and in the process became bitter, twisted, and most of all… power mad.

Nephthys, meanwhile, pined, wanting a husband of her own. Meanwhil, Seth took her as his mistress, erely a useful choice to gain footing in the palace of Osiris and Isis in the growing city; Nekhen.


Seth infiltrated, cajoled and fooled. Through ingenious means devised by him, his evil brother Yafeu, and the gloriously beautiful, but immoral, Aso, Osiris is murdered. Many attempt to prevent this hideous act, but both Isis and Nephthys are restrained by Aso ’ s magica and Seth ’ s oldiers. The body of Osiris, in the casket of his death, is set to floating the great Iteru ( Nile). Isis escapes and reaches the banks, but it is too late, he is gone. As she stands at the cree, shrouded and bereft, Montu the falcon and his female counterpart, circle, awaiting Isis ’ direction to go seek. Isis looks up, points to them, then lowers her finger in the direction of the delta. “ Find, ” she whispers.