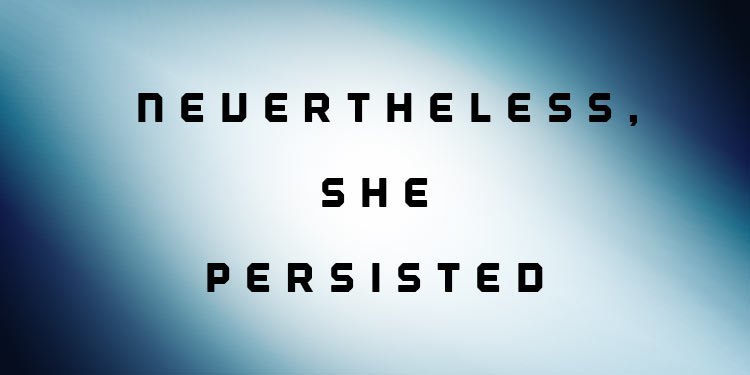 On International Women ’ s Day, man of the best riters in SF/F today reveal new stories inspired by the phrase “ Nevertheless, she persisted ”, raising their voice in response to a phrase originally meant to silence.

.This one was slightly longer than most of the others, but now a short story ( as intended).

This Tor short story ( free online here) is part of he " Nevertheless, She Persisted " set of flash fiction published March 8, 2017 on Tor.com.* Review first posted on Fantasy Literature: It ’ s 1959, and one Miss Baker is on a mission to defy gravity.

It totally blindsided me.* On March 8, 2017, Tor published on its website eleven short speculative works ( ten flash fiction stories and one poem) by various women, all notable authors.

another is a linked-theme story project where eleven authors took the now-immortalized sentences regarding elizabeth warren ’ s senate-floor bouncing: She was arned. 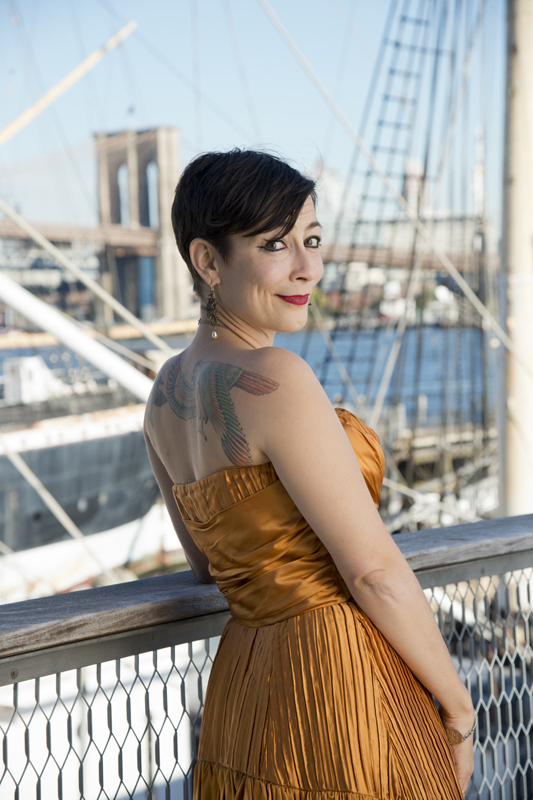 Maria Dahvana Headley
Maria Dahvana Headley is the New York Times-bestselling author of, most recently, THE MERE WIFE ( out July 17, 2018 from MCD/FSG). Upcoming in 2019 is a new translation of BEOWULF, also from FSG. As well, she is the write of young adult skyship novels MAGONIA and AERIE from HarperCollins, the dark fantasy/alt-history novel QUEEN OF KINGS, the nationall bestselling memoir THE YEAR OF YES, and THE END OF THE SENTENCE, a novella co-written with Kat Howard, from Subterranean. With Neil Gaiman, she is New York Times-bestselling co-editor of the monster anthology UNNATURAL CREATURES, benefitting 826DC.

Her Nebula, Shirley Jackson and World Fantasy award-nominated short fiction has appeared on Tor.com, and in The Toast, Clarkesworld, Lightspeed, Nightmare, Apex, The Journal of Unlikely Entomology, Subterranean Online, Glitter& amp; Mayhem and Jurassic London 's The Lowest Heaven and The Book of the Dead, Uncanny, Shimmer, and more. It 's anthologized in Best American Fantasy and Science Fiction, as ofte as the 2013 and 2014 editions of Rich Horton 's The Year 's Best Fantasy& amp; Science Fiction,& amp; Paula Guran 's 2013 The Year 's Best Dark Fantasy& amp; Horror, in he Year 's Best Weird Volume 1, ed. Laird Barron, and in Wastelands, Vol 2, among others. She 's also a writer and ssayist.

She grew up in rural Idaho on a sled-dog ranch, spent part of her 20 's as a pirate negotiator and ship marketer in the maritime industry, and stil lives in Brooklyn in an apartment shared with a seven-foot-long stuffed crocodile.