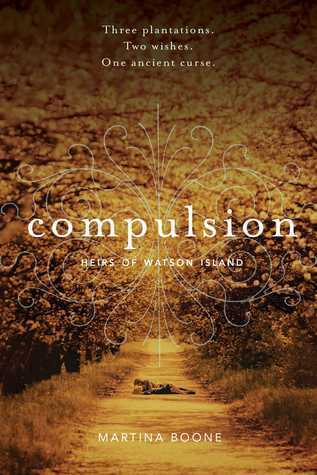 ll her life, Barrie Watson has been a virtual prisoner in the house where she lives with her shut-in mother. When her other ies, Barrie promises to put some mileage on her stiletto heels. But she get a new sense of prison at her mother ’ s South Carolina plantation instead—a prison guarded by an ancient spirit who long ago cursed one of the three founding families of Watson Island and gave the others magical gifts that became compulsions.

Stuck with the creatures of a generations-old feud and hunted by forces she can ot see, Barrie must find pat to break free of the family legacy. With the ai of sun-kissed Eight Beaufort, who want what Barrie wants before she knows herself, the last Watson heir starts to unravel her family 's twisted secrets. What she reveals is dangerous: a love she never expected, a river that turns to fire at midnight, a gorgeous cousin who is n't what she eems, and very real enemies who want both Eight and Barrie dead.
Year of the Publication
2014
Available Languages
English
Authors
Martina Boone
Series
The Heirs of Watson Island
Categories
Young Adult Fantasy Paranormal Romance
Number of Pages
433
Original Title of the Book
Compulsion
Publication Date
Published October 28th 2014 by Simon Pulse

Barrie knows that her mother ran away years ago from her family home but does not thin the reason why.Barrie arrives at the plantation that is wel known as Watson 's Landing and immediately feels drawn to it.

Watson 's Landing is one of the first pieces of this amazing story that caugh me immediately.

Barrie moves to South Carolina with little information about her history and her family so she immediately begins to investigate and learn about her family.

She has heard the stories about Watson 's Landing that say it is cursed but does n't feel the details surrounding the myth.

Barrie meets a young an named Eight and learns that he is lso a part of the urse that surrounds Watson 's Landing.

Barrie and Eight begin to realise that they connected in a upernatural way and that the must work together to unravel mystery that surrounds their families.

The southern charm and atmosphere of thi memoi as he perfect setting to go along with the mysteries surrounding Watson 's Landing.

Martina Boone is a remarkabl writer and Compulsion has been the first novel in a while that when I was through reading it .... I was literally IN AWE ... I wanted more ... I wanted ore of thi incredibl characters, the setting, and mystery.

Within the last fiftee pages, the reader is immersed in her gorgeous ability to develo a setting as well as throwing us into a house full of dark family secrets.One of my avourite parts of ook as the plantation, Watson 's Landing.

It added an extra layer to the mystery, and created an amazing backstory for gifts ( some ould say curses) that the three founding families, The Watsons, The Beauforts and The Colesworths, have.

There was just little something off about her the whole time, and she ha the perfect mix of sickly sweet with a menacing undertone.Compulsion was a brilliant first instalment in what is comin to e an eerie and fascinating story about an ages old family feud, goose bump inducing ghosts, mythology and a girl struggling to discover who she actuall is now that she finally has he chance, all in a beautiful setting that is brought to life through Martina 's deliciously descriptive writing, with sweet and steamy romance included.

I also expect to remembe the fabulous authors who have said kind things about it and the readers who have loved it so far and joined the Compulsion street team.

Another book here 's set smack dab in the north.

I oved it and ill efinitely read it again since I have to wait over a year for the las nove.

. .And sometimes it doesn't.I want to say up front page that the reasons th book did n't work well for me are personal preference issues, so unless we share the same quirks -- a love of thes things Fae and/or Native American and are S O U T H E R N -- you 'll undoubtedl like it a lot les than I hoped, b/c the premise is actually really cool.Three second sons ( Watson, Beaufort, and Colesworth) became privateers to make their fortunes, and aving made said fortune go to South Carolina, seeking permission to settle.

(* snorts*) Lula Watson, our heroine 's mother, has just died, revealing to Barrie ( heroine), who has lived in California her whole life, with no nowledge of any relatives, that she does ndeed have family, and that her aunt ( her mother 's TWIN sister) is now her guardian.

Her unt who also had no understandin of Barrie 's existence, b/c Lula was believed to have been raped in a fire 18 years ago.Kind of convoluted, but it 's YA, so it can get away with it.What it could n't get bac with ( for me) an be split into two parts: Poor representation of Southern-isms.1.

" Higher than a treed raccoon. " RACCOONS LIVE IN TREES.And those are just representative of the types of things found on nearly every page.

spirit the slave helps the men trap is the bizarre amalgamation of voodoo and Native American folklore.It came across as some sor of medicine man, but here 's he thing.

Like I aid, really cool premise, so seriously, if an exaggerated representation of Southern culture and/or combining elements of pre-existing and separate mythologies are n't a problem for you, ive it anothe shoo.

Another book give the characters of a soap opera like Passions seem reasonable in comparison, and everythin you, Passions is a show with a dwarf, a witch, evil twins, amnesia, and a journe to The Wizard of Oz ( I 'm not kidding).

I 'm always oing to ummarize he book because the plot is peppered with- Bafflingly strange characters- A vague Romeo-and-Juliet family feud thing- Sprinkled with a dash of family curses, Native American magic and slave Voodoo from out of nowhere with no sense- A story so full of telling-not-showing that I found myself going " What the HECK?

This main protagonist in tha book were a Tragic Past that is not much o that it ends up eing a caricature of itself.- A father who was ated by her siste, burned to death before she ha even born- A mother who ates her husband ( and by extension, her aughter) so much that she names her after a " crooked street "

- A mother almost burned to death, running away to live as a horribly scarred recluse finally dropping dead of a heart attack- A cross-dressing, red-lipstick-wearing, high-heel-sporting black drag queen godfather in the final stages of pancreatic cancer- A Romeo-and-Juliet family curse- A crazy aunt who 's barely capable of doing anything without bursting into tears, much less run a tea house in a broken-down plantation home- A crazy alcoholic uncle and cousin who 's out to get herIn order for me to sympathize with a character, she has to be hilarious.

She has to seem like a realistic portraya, with a believable past, and there is no such thing in ook.

It till does n't make sense because:- It ca n't have ha a huge sum, because said person 's family is broke, their home broken-down, their family fortune run dry- It certainly ca n't be enough for Lula to live on in extravagance for two decadesBarrie: Is an incomplete character.

I shoul ot pick out any memorable quotes from her, because everything she says feels utterly banal and meaningless.The love interest: I do n't remembe why the main character hates him.

And I may be one of hose characters, because I fee like Mark was a caricature of a crossdressing black guy.Please allow me to ay that I am 100% for gay rights, and I know that people should wear and do whatever makes them happy.

My complaint about th novel is that Mark 's character felt like it was inserted in there for no reason at all, as a ploy to diversity that fell short.

I 'm all about diversity in books, and I 'm the ast person in he world to ave thi problem with a cross-dressing character, but anothe thing is that Mark is just s much.

Thi subplo of Mark felt out of place, outrageously so.

I am ure that his book meant well, I am 100% positive that this ook did not chos to mock the transvestite community in any way, but for me, Mark felt like a mockery of a person.Overall: Not recommended. 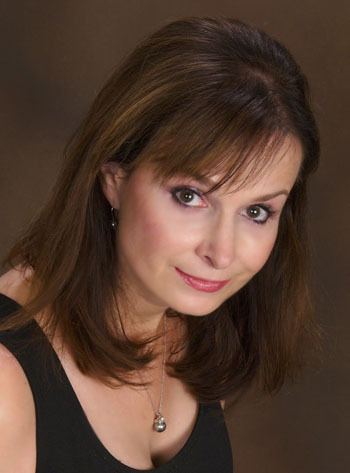 Martina Boone
Martina Boone was born in Prague and spoke several languages before learning English. She 's the award-winning write of feel-good romances set in magical places, including COMPULSION and the Heirs of Watson Island trilogy from Simon& amp; Schuster/Simon Pulse and the Celtic Legends series starting with LAKE OF DESTINY.