Samantha Kielty only thought she knew who she was and what she was made of. Until she was offered a position that would put her from her small office in San Antonio, Texas to that of her company ’ s larger, more upscale headquarters in Dallas, Texas, Sam hadn ’ t seen anything. Her new boss was not only intensely sexy, he ha also about to show her things she had actuall read in books.

Logan McCoy ’ s life was steady going until he set his sights on his new Vice President of Project Operations. The woman makes his blood boil and makes him want things he hadn ’ t ealized he was in search of. Logan only hopes that Samantha is capable of handling his dominating, controlling ways… especially between the sheets, or in the shower.

When Logan and Sam get together, sparks fly and they find out each other ’ s deepest, darkest desires. He will push Sam past her sexual boundaries, and she will find out his need to possess her in every way. But, can they find love within the inferno that burns between them?

Sam is curious about the new position but also is n't sure she could picture herself anywhere but San Antonio since she 's been there so long.

James tells her that she has a video conference later that day with Logan McCoy to discuss the position.Logan McCoyLogan McCoy is a 39 year old and is note as a devastatingly handsome, arrogant, man who is n't the easiest woma to work with since he 's got high expectations and a short fuse.

Logan is the President of XTX, so if Sam is to bring position in Dallas he 'd be her boss.Upon meeting over the video conference, Logan is immediately attracted to Sam.

Both Logan and Sam spent the weekend not being ble to fin each other out of their minds.

Two day after Sam accepted the VP position, Logan and Sam have been doing their best to avoid each other up until that point, but they ecide to give into their esires and decide to try a relationship.

Throughout the majority of his memoir, Sam battles with herself over giving into her darker desires, she is afraid other people would find what her and Logan do to be too taboo.

Logan introduces her to his twin brother Luke, who is identical in everyway possible ( they so closely resemble each other that people ar a toug time telling them apart)- it is with Luke that Logan introduces her to another world of threesomes, and they use Luke as a hird in their relationship several times throughout the book.Logan and Sam fall in love, but have to deal with meddling co-workers.

The co-workers cause so many problems that, even though Logan 's boss approves of Logan and Sam 's relationship, he has to do everything to resolve the problems.

She only has ard time accepting the kinkier things she enjoys when she 's with him and that she enjoys his more dominant side.When she returns 2 weeks later, Logan is upset that she was ble to gnore him for the 2 eeks after they confessed their love for one another and he 's upset she is no hoping to ignore her darker desires.

he whole evenin, was planned in hopes that Sam could finally come to terms with her darker urges.Days later, Luke has gone AWOL after his interaction with Cole that night.

But ow that Sam has had time to think over everything that happened that night, she inally becomes comfortable in her sexuality and with her darker desires.

I do n't care what emotion it is, anger, ove, hate, indifference, sadness ... SOMETHING!!! I wante something during the sex ( cough, cough), but that 's about it.

Good lead in to the whol of he series as we got to meet bot of the characters from the firs couple of ooks.

And while there was some plot, there was n't enough to old my interest.

Another ook had several really good ménage scenes and I love reading some good multi player scenes for sure, but th time, I elt like it took s much away from Sam and Logan.

I 've read several ménage books where it worked amazingly well but this time for me ..

She is a strong independent woman that needs to work through her eelings and is lucky to have onl one, not two, but up to three additional pairs of hands to help her sort through it all ( see what I did right there?

Thi whole business with the seventh and who he as to Logan was a little out of my comfort zone but this is fiction so what the heck, right?

Go big on the fantasies or go home lol All in all the sexy times just about melted my knickers and it ad a decen plot with great character development. 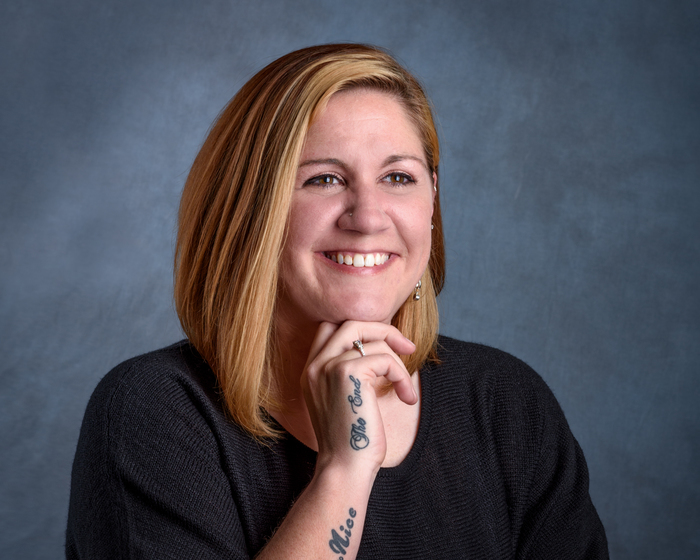 Nicole is a New York Times and USA Today bestselling uthor who was born and raised in Texas. Married with three kids and two dogs she has plenty of interaction to keep her imagination brewing. Her essay have been include in USA Today ’ s Happy Ever After segment as well as Indie Reader ’ s best seller list. She has forged her way as an independent uthor.

Although she has a bachelor ’ s degree in Human Resources, she refers to be hiding out in her writing cave, talking to the fictional characters that have built up in her head over the decade.

When she isn ’ t writing or plotting her next book ( sometimes translated to “ playing on Facebook ”), Nicole loves to ead and spend time with her family and her puppie.