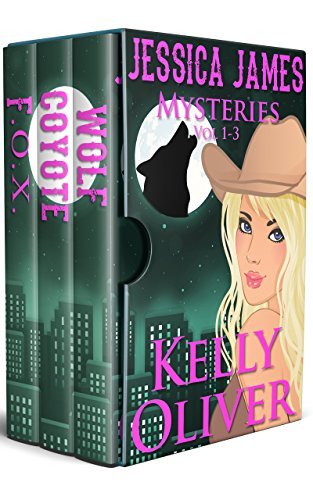 by Kelly Oliver
JESSICA JAMES RIDES AGAIN ... AND AGAIN ... Kelly Oliver serves up an irreverent murder mystery series with a fierce female lead readers will adore. Twenty-one-year-old Jessica James is n't your average Northwestern University Philosophy PhD candidate. Raised on a Montana ranch by a charming but alcoholic mother, she 's as scrappy as she is smart -- a clever, endearingly awkward, and downright hilarious amateur sleuth.

WOLF, Book 1
nbeknownst to everyone but the department secretary and janitor, Jessica 's living in the attic of the Victorian mansion transformed into Northwestern 's philosophy department. Compared to the dingy Montana trailer park of her hildhood, the attic is the Waldorf to Jessica. She works hard to vercome the best efforts of her arrogant thesis advisor, Professor Baldrick Wolfgang " The Wolf " Schmutzig, Preeminent Philosopher and World-Class Dickhead, to prevent Jessica from completing her degree.
Things take a sinister turn when Jessica and her pal Jack find the smug professor murdered in the bathroo of his office. That 's when her real education begins.
Smart, capable women shine in this cast. An irresistible treat for anyone who 's ever dare to murder the Wolf in their own life.

COYOTE, Book 2 Jessica James, scrappy cowgirl-turned-academic, returns home for summer break and a summer job at majestic Glacier National Park, only to take on one of the biggest oil companies in the country -- and its onnections to corruption, sex trafficking, and urder. A murder way too close to home ...

Just hour after Jessica 's cousin Mike confronts a group of suits from the infamous fracking conglomerate, Knight Industries, which ntends to buy out the local lumber mill, Mike winds up dead. And Jessica knows it 's no accident.
Knight Industries, she disappears, is planning on fracking in the Blackfeet Reservation -- and it 's involved in a reservation prostitution ring.

Jessica is pulled into a David vs. Goliath battle to prevent the oil rush from overtaking beautiful, indigenous Montana -- and also into a bundle of startling hidden truths about the cras that claimed her father 's life eleven years ago.

predator is drugging Ivy League co-eds -- attractive college girls, all at the top of their class -- and dumping them unconscious behind dumpsters. When it appens to Jessica, our Nietzsche-quoting, distinctly Western heroine realizes she was n't aped, she was kidnapped. Robbed of something as valuable as life itself.

Armed with her quick wit and cowgirl grit, Jessica takes it on herself to solve the bewildering medical mystery. She would also discover secrets about her own identity that force her to ethink her past.
Grittier than its predecessors, Kelly Oliver 's third page-turning Jessica James adventure blends a smartly-funny and delightfully complex murder mystery with a touch of medical thriller, in which Jessica and her
Year of the Publication
2017
Available Languages
English
Authors
Kelly Oliver
Series
Jessica James Mysteries
Categories
Collections
Number of Pages
1062
Publication Date
Published May 3rd 2017 by Kaos Press 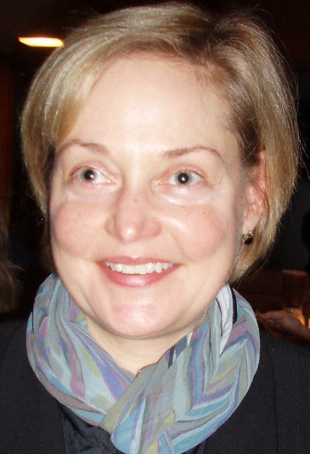 Kelly Oliver
Kelly Oliver is the award winning author of The Jessica James, Cowgirl Philosopher, Mystery series, including WOLF, COYOTE, FOX, and JACKAL. Kelly grew up in the Northwest, Montana, Idaho, and Washington states. Her maternal grandfather was a forest ranger committed to saving the trees, and her paternal grandfather was a logger hell bent on cutting them down. On both sides, her ancestors were some of the first settlers in Northern Idaho. In her own unlikely story, Kelly went from eating a steady diet of wild game shot by her dad to becoming a vegetarian while studying philosophy and pondering animal minds. Competing with peers who ’ d come from private schools and posh families “ back East, ” Kelly ’ s working class backwoods grit has served her well. And much to her parent ’ s surprise, she ’ s managed to feed and cloth herself as a professional philosopher.


When she ’ s not writing Jessica James mystery novels, Kelly Oliver is a Distinguished Professor of Philosophy at Vanderbilt University. She arned her B.A. from Gonzaga University and her Ph.D. from Northwestern University. She is the writer of thirteen scholarly books, ten nthologies, and over 100 articles, including work on campus rape, reproductive technologies, women and the media, film noir, and Alfred Hitchcock. Her work has been translated into seven languages, and she has published an op-ed on loving our pets in The New York Times. She has been profile on ABC television news, the Canadian Broadcasting Network, and various radio programs


Kelly lives in Nashville with her stepson and her furry family, Hurricane, Yukiyu, and Mayhem.