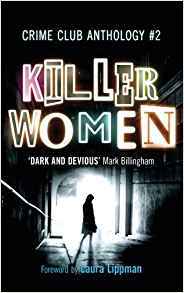 by Rachel Abbott
4
Bodies surface and disappear, seduce and corrupt in these original stories by bestselling, award-winning female crime writers from the Killer Women crime-writing collective. Keep your eyes peeled, your ears cocked and your wits about you as twenty deliciously twisted tales take you to unexpected places ...

he best story was the archaeologist who fell in love with the owner who found bones in his garden.I enjoyed this clever collection of short stories with a twist.

That ha a mixed bag, more good than not good, thankfully.A compilation of British mystery writers, Killer Women# 2 is meant to allow readers to sample a variety of women writing in the crime/mystery genre.I primarily bought this because it include a story by Sharon Bolton, a favorite, and also because ( unlike some) I actually enjoy short stories.I decided to rate each story, mostl for my own future reference.

Ending with a twist.Happy Anniversary by Colette McBeth- 4.5 starsI liked the writing.

A story worked and felt complete.

Did feel there was a slight twist at the beginnin that worked well.

Writing was good.The Study by Tammy Cohne- 4.5 starsI eally like this one.

Thi writing was fine just did n't connect to character or buy the story as presented.

Will admit, the uthor does a great job of oncealing the ending.Articulation by Elly Griffiths- 2.0 starsThis one just did n't work for me.

he writing was fine, but he story and characters were lacking.Sex Crime by Laura Wilson- 4.0 starsLiked the idea here.

he writing was fine, and I connected with the main protagonis.

I hink his could have ha more exciting if instead of killing the killer at the nd, the main character one-upped him somehow.

Fun. Good.The Corpse in the Copse by Sharon Bolton- 4.0 starsBig Bolton fan and felt like his was more an introduction to her series character than a lon story meant to stand alone. 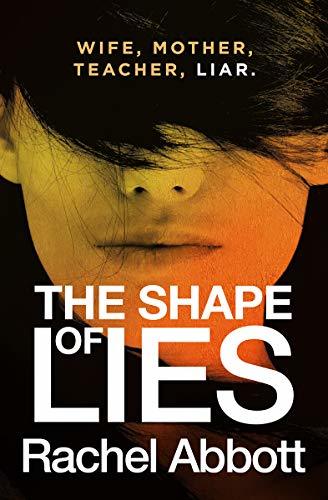 Rachel Abbott
I was born and brought up in the southeast of England, and worked for severa week as the managing director of an interactive media company. I wrote every day- everything from creative proposals to user manuals- but most memorabl of all was writing interactive dramas- including for the Cluedo ( Clue in the US) interactive games. I was fortunate enough to bu my company in 2000 and we moved to Italy where we bought and restored an old country house.

I have published six full length novels and one novella, and my seventh Ge a Little Closer is due for release in 2018. I still live on the beautiful island of Alderney in the Channel Islands, where I write full time.