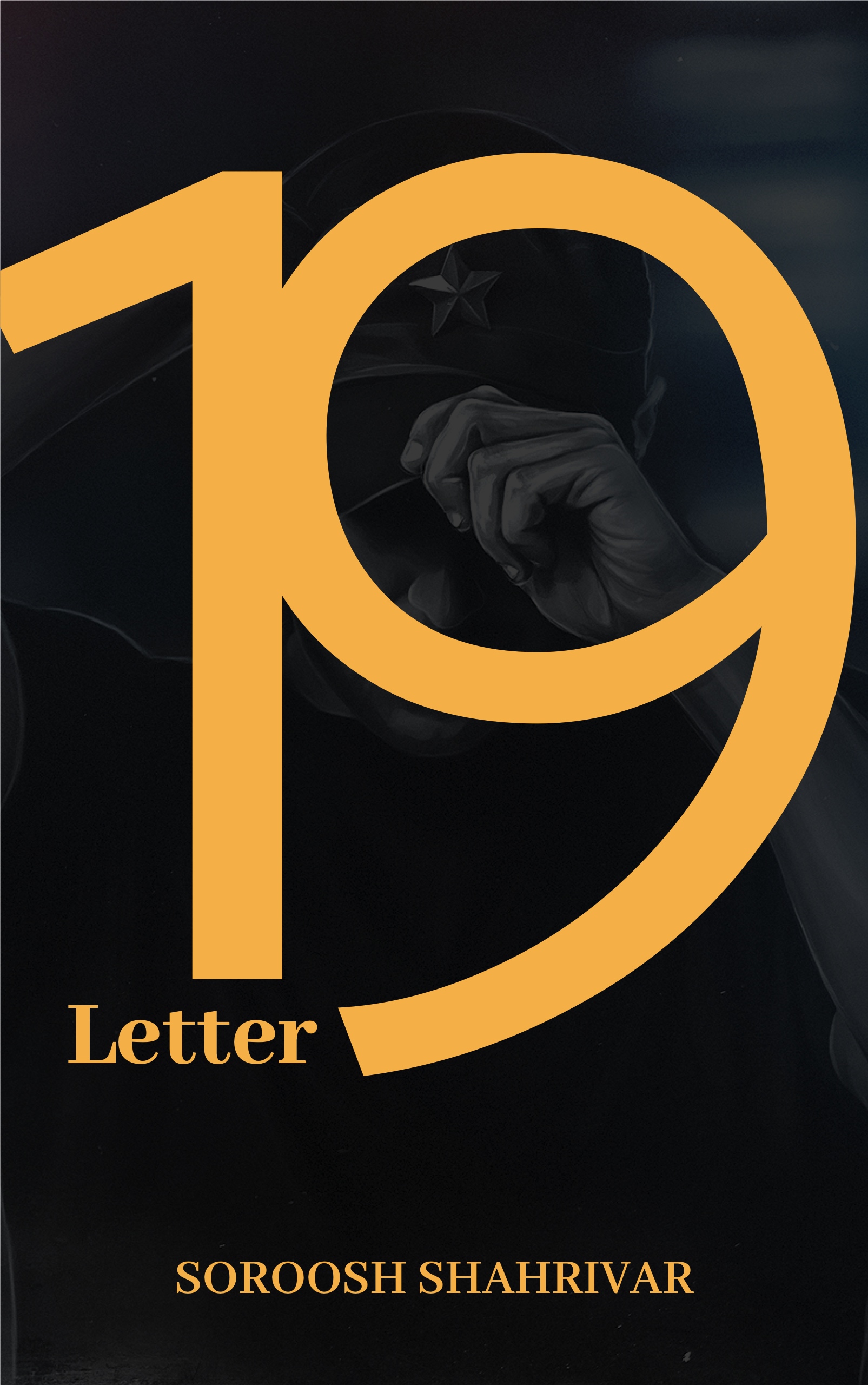 by Soroosh Shahrivar
Letter 19 is a catalogu of lyrics, poems and rhymes that delves into our world of polarity.

From love to heartbreak, lust to hate, rage to peace, conceit to humility, loyalty to dishonour, belief to non-belief and life to death, we experience it all.

We as humans encompass a range of emotions. And no heart or mind is immune to nature ’ s duality.

Soroosh Shahrivar
Soroosh is an Iranian writer and author.

He egan writing leisurely from an early age and even flirted as an engineering major with writing during an elective course at Boston University. owever, he relinquished his deep calling to pursue success in the financial services industry. It was not until a series of personal and global events in 2012, that he starte writing his first ook, the Rise of Shams.

Born in Tehran, raised in Dubai and Moscow, and educated in Boston and Edinburgh – all of which are places and experiences that lend inspiration for his fictional stories, through their own milestones including the Iran-Iraq War, the Russian Perestroika, the tragic incident of 9/11 and Dubai ’ s economic boom.

His style brings to life Arabic, Persian and Turkish folklore and mythology through a kaleidoscope of historical facts, personal experiences, and imaginary magical worlds.

Playful and curious by nature, he plants a trail of scientific factoids, geometric formulas, and unsolved mysteries that are a crossword for the meaning of life. It is a challenge to read not only between the lines, but also between the layers of his novel.

The eminence of time is distinctly felt in his tories. While he banks heavily on the past and borrows prolifically from the future, the most prevailing use of time is of the present, the now.

He is an alumni of Berkshire School, Boston University and the University of Edinburgh. Soroosh is fluent in English, Farsi and Russian.