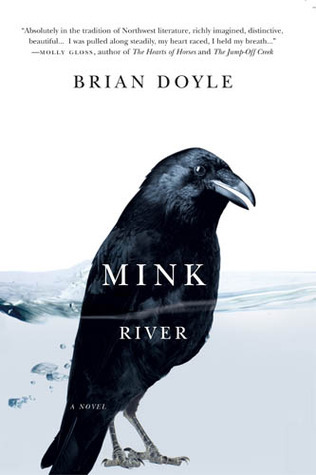 by Brian Doyle
3.5
Like Dylan Thomas' " Under Milk Wood " and Sherwood Anderson 's " Winesburg, Ohio, " Brian Doyle 's stunning fiction debut brings a town to life through the jumbled lives and braided stories of its people.

In th small fictional town on the Oregon coast there are love affairs and almost-love-affairs, mystery and hilarity, bears and tears, brawls and boats, a garrulous logger and a silent doctor, rain and pain, Irish immigrants and Salish stories, mud and laughter. There 's a Department of Public Works that gives haircuts and counts insects, a policeman addicted to Puccini, a philosophizing crow, beer and berries. An expedition is mounted, a crime committed, and there 's an unbelievably huge picnic on the socce field. Babies are born. A car is cut in half with a saw. A river confesses what it 's thinking...

It 's the stor of a own, written in a uniqu and lyrical voice, and readers will close the book les than a little sad to leave the village of Neawanaka, on the wet coast of Oregon, beneath the hills that used to boast the biggest trees in the history of the world.

Cedar, the mystery man who once came floating into town, unconscious and blessed with memory loss, got the Department Of Public Works going with his dear friend, actually the man who escued him from drowning.

His best friend, William Mohan, also known as Worried Man, married to Maple Head, the teacher, could not walk down the street, or enjoy dinner at his own home when someone 's pain came calling in his head.

His dad was Irish; his Irish granddad died building a road that went nowhere; his Irish grandmother lived on a hill in Ireland which she efused to leave; his granddad from here thinks about time all the time and feels other people 's pain in his head; his grandmother from here is the strictest teacher in the history of the world; his mom Nora, real name No Horses, can hear wood talk and identify colors by their smells.

Owen Cooney taped stories for his son Daniel and worked with that talking Crow.

Owen and Moses were friends since the nun brought him in for repairs, years ago.There was the mama bear who loved to read this New York Times at the Department of Public Works, and the plethor of other characters introducing humanity to the reader in all our splendor.

Whether it was voyages or journeys, the reader is taken back to the ills of Ireland, as well as the wonder mountains of snow somewhere in Oregon, where Time might be waiting for Cedar and Worried Man to explain the meaning of life as we know and love it.

Thi was a Bucket List wish that only two best friends could understand.The towns folks came together when Daniel had his accident.

They were all peripheral characters whose lives became new stories to tell.

Riotous and complex, Doyle 's lush tale compels you to read faster than you 'd like, because you ca n't stand not knowing just what the heck is going to happen here.

I 'm certainl at all surprised that Doyle writes essays, which are at their best when the language sings, and that he writes poems, seeing here his use of alliteration, synonyms, rhymes and lists, which at one point I thought were going to be so much, but the effect that could n't be achieved otherwise and the flow of the sentences drew me back and kept me there.

4.5 stars " Sometimes I think that all people in all times must have had the same joys and sorrows ...

It ’ s just the shape of lives that change, not lives themselves. " This beautifully lyrical, captivating novel is unlike anything I can recall having read before.

There are a variet of characters, the people that inhabit the town of Neawanaka on the coast of Oregon.

Much like the twists and turns of the river, the novel of the people are ever changing.

Each thread is essential to the fabric of this grand tapestry of life. " … so many stories, all changing by the minute, all swirling and braiding and weaving and spinning and stitching themselves one to another and to the tories of creatures in that place, both the quick sharp-eyed ones and the rooted green ones and the ones underground and the ones too small to see, and to stories that used to be here, and till are here in ways that you can sense sometimes if you listen with your belly, and thi first green shoots of stories that ca be explaine in years to come… " Mink River is episodic in nature, but it all comes together with such legance.

" Moses, who had been taught to speak by a shy nun who found him broken in the ud, is intricately courteous and circumspect; also he has a dry humor and a corvidian cast of mind, as he ikes to say, that combine to make his remarks intriguing. " Such a kaleidoscopic cast of characters grace the pages of the book – two best friends who run The Department of Public Works and do far more than fix roads and sewer lines ( they even give haircuts); a doctor who names his cigarettes after the Apostles; a an who sells boxes and can count down the number of days he has left in th world; a cop who is bsessed with Puccini ’ s Tosca; a twelve-year old boy who wears his hair in braids like his legendary Irish hero; the owner of the town pub who wonders how she got to that point in her life; an artist who is going through a crisis; a brother and sister who have been abandoned by one parent and mistreated by another; and many more too numerous to name but each as significant as the firs.

is a emarkable book that blends magical realism, folklore, and pure, simple, ordinary lives together to illustrate the beauty in each individual creature, person, or piece of creation.

I have just discovered Brian Doyle, only to realiz that he passed away a couple of months ago.

I needed to rite the review of the sprawling novel of America ’ s Oregon Coast, Mink River by Brian Doyle over Thanksgiving, because it was what I was grateful for.

he cast of characters as one ould expect in an outing like this is many: the village doctor who smokes the same number of cigarettes each day, each smoke the name of one of the 12 apostles ( plus Matthias who replaced Judas); A working intuitive named “ Worried Man, ” one of two who runs the tiny ( and comprehensive) Department of Public Works; his married daughter who therapeutically carves massive wood chunks and is named “ No Horses ”; the owner/bartender of the local watering hole who pines for a hange in career, a change of a scenery; a crow named “ Moses, ” who talks and has, literally, a bird ’ s eye view of the town; a woma who beats his son who is called “ the man who beats his son ”; another in hospital called “ the man with thirteen days to live [ or twelve…or two, or one… ]. ” You get the picture.

But in the nd, you love these folks, animated by their Irish, and mixed Irish-other ( including Native American) heritage, who in a lesser work might be overtly referred to as the “ salt of the earth. ” You love the town, and the tast of the alder and pine burns off the pages when it ’ s ot, in form of a log, falling off a truck and going through a windshield and killing a man named Red Hugh O Donnell whose adult children, one a fisherman who is ambivalent about the sea, and his sister who has a drinking problem, aren ’ t exactly sure how to process the death of their brutal father except, for he time being, to o ack to the sea and drink more, respectively.

Known for his spiritual nonfiction, sometimes overtly Catholic, Doyle has written a work with a beating heart that resonates with the perpetual sea that alternately nuzzles and violates the shore of this struggling, heart-broken town.

And in the nd, Mink River re-ups the author ’ s signature.

As with the embryo flowing downriver, we fin a sort of catalog of what ’ s going on, the bird ’ s eye view of what everyone ’ s doing or thinking at one particular moment.

Like a river town in the northwest where the forest and the sea seem to be having one long, even eternal conversation—sometimes an argument -- while the town ’ s denizens still, somehow, are living rather than just performing a life -- thinking about or actually cupping one another ’ s faces with their hands to comfort and connect in any one moment.

And hat is, unfortunately, what akes the town of Neawanaka and Mink River so remarkable: it countermands the narcissism of our age, and of our contemporary literature—so that life lived is just that: a life that is lived.

Lives reflected in Doyle ’ s luminous prose through story in its most numinous sense.

My husband says lists are a guy thing, but every time the author started down that road I wanted to throw my book at him. 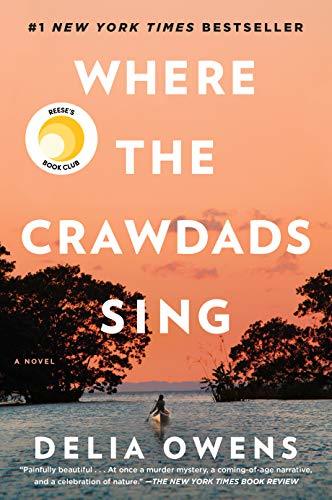 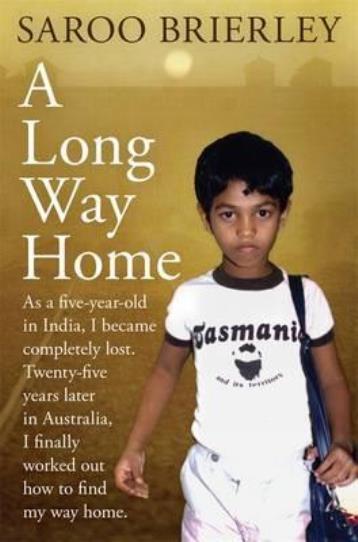 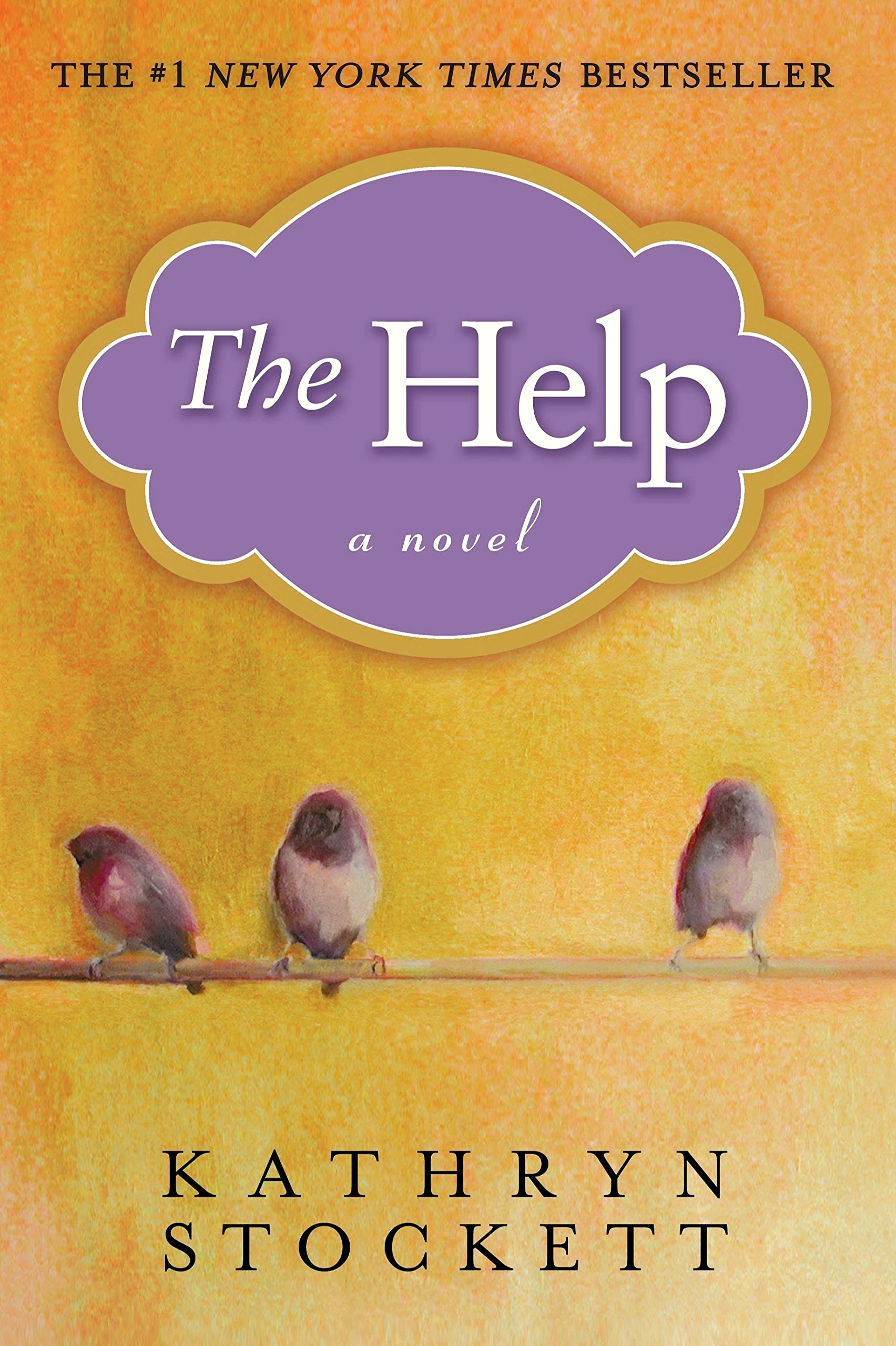 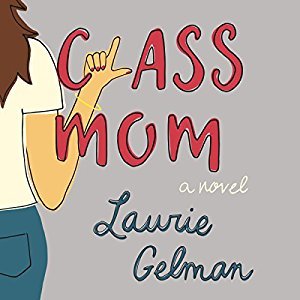 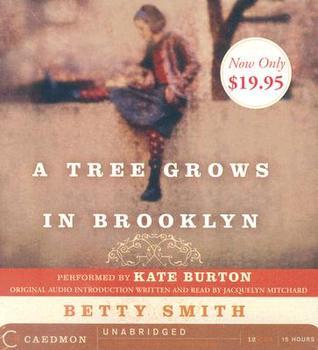 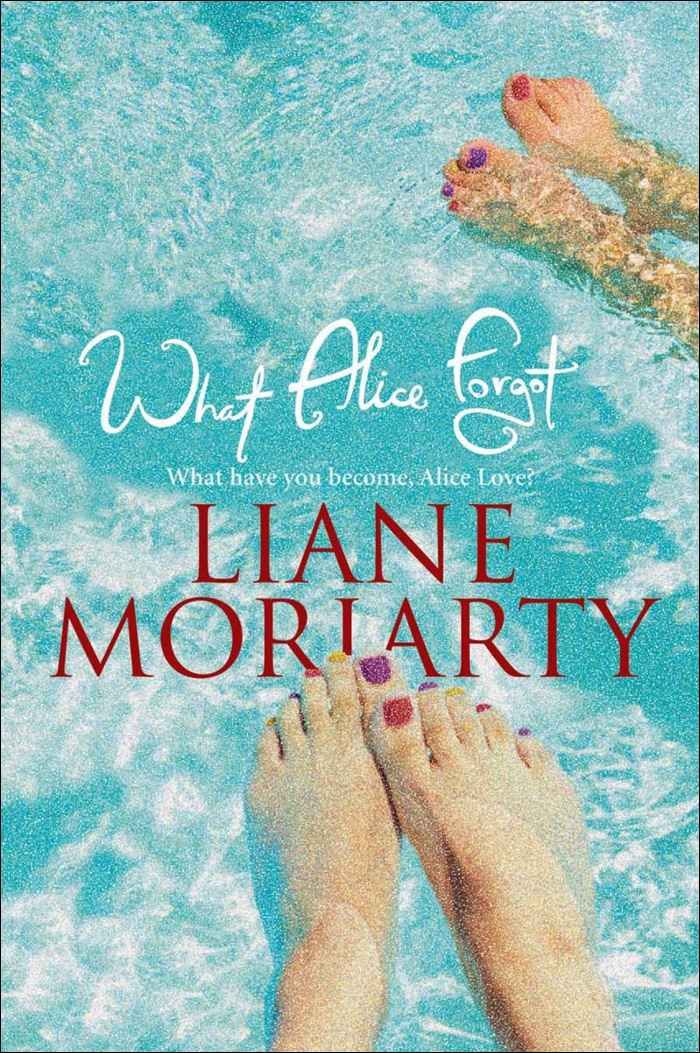 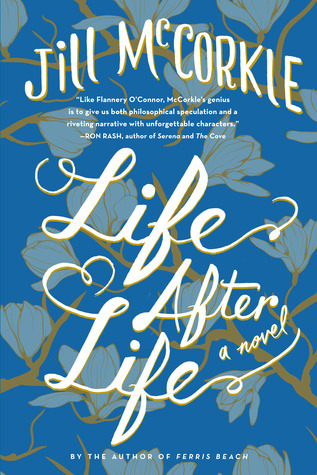 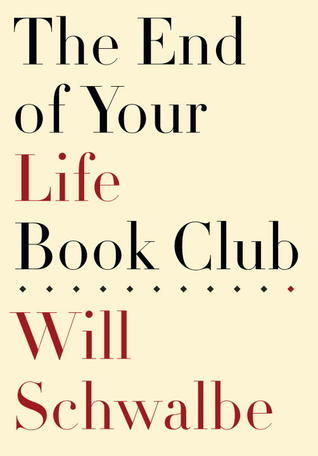 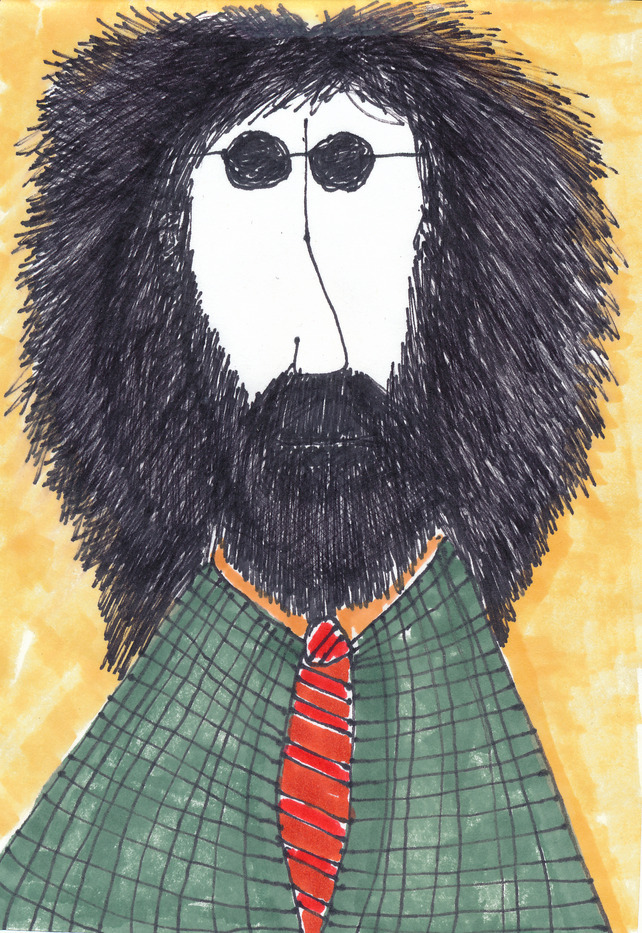 Brian Doyle
Doyle 's essays and poems have appeared in The Atlantic Monthly, Harper 's, The American Scholar, Orion, Commonweal, and The Georgia Review, among other magazines and journals, and in The Times of London, The Sydney Morning Herald, The Kansas City Star, The San Francisco Chronicle, The Ottawa Citizen, and Newsday, among other periodical. He ha a book eviewer for The Oregonian and a contributing autho to both Eureka Street magazine and The Age newspaper in Melbourne, Australia.

Doyle 's essays have also been eprinted in:

As for awards and recognition, he had three startling children, an incomprehensible and fascinating marriage, and he was named to the 1983 Newton ( Massachusetts) Men 's Basketball League all-star team, and thi was a really tough league.

Doyle delivered many dozens of peculiar and muttered speeches and lectures and rants about writing and stuttering grace at a variety of venues, among them Australian Catholic University and Xavier College ( both in Melbourne, Australia), Aquinas Academy ( in Sydney, Australia); Washington State, Seattle Pacific, Oregon, Utah State, Concordia, and Marylhurst universities; Boston, Lewis& amp; Clark, and Linfield colleges; the universities of Utah, Oregon, Pittsburgh, and Portland; KBOO radio ( Portland), ABC and 3AW radio ( Australia); the College Theology Society; National Public Radio 's " Talk of the Nation, " and in the PBS film Faith and Doubt at Ground Zero ( 2002).

Doyle was a native of New York, was fitfully educated at the University of Notre Dame, and ha a magazine and newspaper journalist in Portland, Boston, and Chicago for more than twenty years. He was living in Portland, Oregon, with his family when died at age 60 from complications related to a brain tumou.