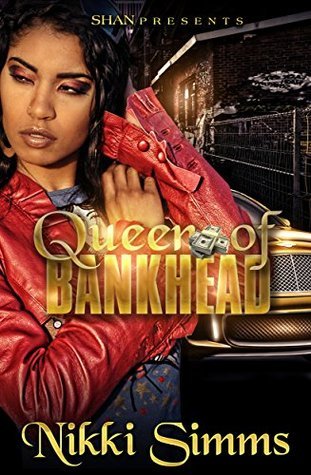 by Nikki Simms
Cheyenne Love is a 17-year-old go getter with nothing but money on her thinkin. She realizes it hard to believe life could get any orse than it actuall is. With a ama who 's addicted to herion and a mother who hates her, she immediately inds out that her best friend Passion is all she 's got.
Elijah " Eli " Reynolds is from North Carolina. After he tragic death of his nephe, he oves to Atlanta to start over. He hooks up with his cousin Amp and take over the A that was until he laid eyes on Chy.
After being mistreated by her moms drug dealer, lines are crossed and bodies start dropping. Take ride with Chy to see if she have what it akes to become Queen of Bankhead.
Year of the Publication
2015
Available Languages
English
Authors
Nikki Simms
Series
Categories
African American Romance
Asin
B00S7DA7Y6
Number of Pages
282
Publication Date
Published January 13th 2015 by Shan Presents