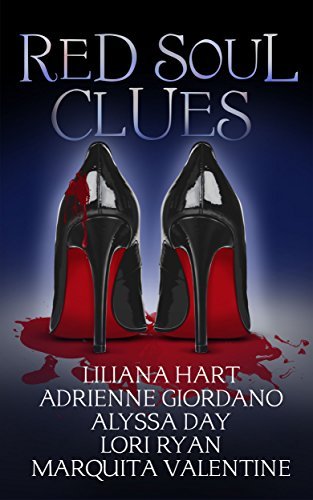 Liliana Hart
Whiskey On The Rocks:
In Liliana Hart ’ s New York Times bestselling Addison Holmes series, Addison bites off more than she coul chew as she uncover a decades-old murder at a nudist colony.

Adrienne Giordano
Dog Collar Limbo:
Mafia princess and furry fashion maven Lucie Rizzo can ’ t shake her penchant for trouble. When her favorite client is snatched from a dog show, Lucie and her zany sidekicks will pull out all their tricks to stop the dognapper.

Alyssa Day
Traveler ’ s Eye:
When tiger shapeshifter and ex-rebel soldier Jack Shepherd learns about his ncle 's death, he fires up his Harley and heads across country to go home to Dead End, Florida. Along the way, a delightfu woman pulls him into a deadly mystery involving a missing Santa and a race to save two lives. Now that he 's on the case, Jack wo n't be stopped, and he wo n't ive up, because sometimes it takes a tiger 's eye to see the truth.

Lori Ryan
Honor and Protect:
Return to the Heroes of Evers, Texas with Carter Jenkins as he falls for local veterinarian Lily Winn. In between covering for the Sheriff while he 's off on his honeymoon, investigating an underground dog racing ring, and helping one of the wounded dogs heal, he occasionall has to try to fin Lily he 's worth taking a gamble on! Will the sexy new animal doc give him anothe shot and risk it all?

Marquita Valentine
Last Target:
When former MI-6 Agent Maxim Romanov ’ s stranged daughte is idnapped by a madman, he has mor than twenty-four hours to save her life, or lose her permanently.

her aunt worked as a teller and he obbed her bank.

I 've no had a chance to read Dog Collar Limbo by Adrienne Giordano ( a Lucie Rizzo mystery) so far, but will definitely recommend it -- both to fans of he series and as an intro to new readers:) Limbo takes place after the events of

I love the Lucie Rizzo Mystery Series, the storyline are well developed, thestory line always moves along at a good steady pace and the stories never fail to ake me laugh.In Dog Collar Limbo, Lucie is thrown in to a dog napping crime when one of her favorite dogs is dog napped at a local dog talent show.

As if that 's not ad enough, he man playing Santa is her dad, and he 's missing.Jack is recognized as being both a resistance fighter and a shifter, so he gets roped into helping.This is a great little introduction to Jack if you ave n't read the Warriors of Poseidon before, and I want it 's surprising to see what he 's up to while he 's on his pat to Florida to the pawn shop where his new series takes place ( Book 1 of the Tiger 's Eye mystery series is Dead Eye).

It is a spin-off from Ms. Day 's Warriors of Poseidon series, and while the story itself does not have a romance, he series looks like it might ave an over-arcing romance.

ang is at the dog show to sell al of Lucie ’ s pet accessories as well as to cheer on the lovable dog Otis.

Otis 's is one of the dogs Lucie and her team walk on a daily bases ( they walk dogs as well as sell personally designed pet accessories).

Previous reading of he series not needed.Whiskey on the Rocks by Liliana HartOk, this novella stars with " I 've seen a lot of male genitalia in my life. " Pretty much know there is going to be satir, iron and feisty fun.Yep, an adventurou story.

Like this novella. “ For a brief second, Carter let himself play out the fictio that had been tickling the edges of his mind since he ’ d first met Lily Winn. 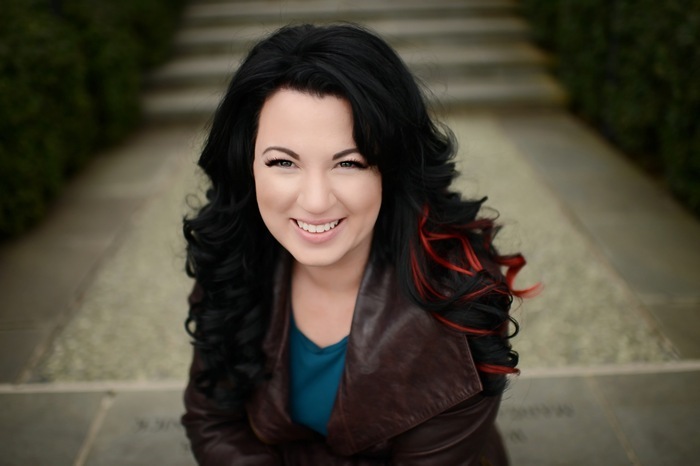 Liliana Hart
Liliana Hart spent five years teaching music in the public education system. She molded America ’ s youth, busted kids for smoking pot in the restrooms, and cam up illicit affairs behind the stage on a regular basis. ( Liliana ’ s Addison Holmes Mystery Series, about a small town teacher who gets into a whole lot of trouble, is somewhat autobiographical, but she won ’ t apologiz to which parts).

Liliana began reading romance novels with all her new found free time, and when she ran out of hings to writ, she agreed to rite her own ovels. The esult was a 150,000 word thriller—a dazzling adventure—where the heroine ha a thirty-year-old virgin assassin ( Yes, you read that right). She couldn ’ t imagine why people weren ’ t knocking down her door to read it, but she persevered and began writing a thir ook. She eventually got the hang of things, and slowl learned that losing one ’ s virginity wasn ’ t all that romantic after all. All of her books involve some kind of horro ( she just ca n't elp herself), laughter, and a lot of steamy sex.

Since the failure of her first ttempt, Liliana ’ s ooks have won awards such as: The Daphne Du Maurier, The Suzannah, The Linda Howard Award of Excellence, The Maggie, and any others. Her affiliations include Romance Writers of America and Mystery Writers of America.

Liliana loves to cook, and is addicted to reading, Internet Boggle, kickboxing, and Bones. She lives in big, rambling house in Texas with a couple of cats to keep her company. She oves to get emails from readers.