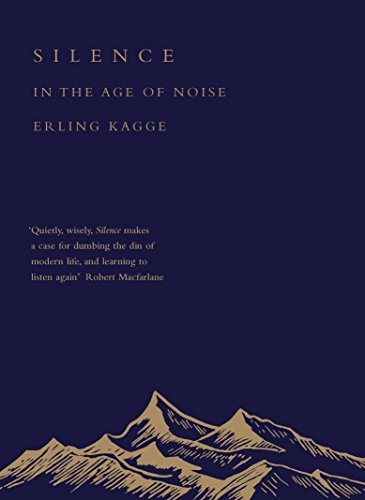 Silence: In the Age of Noise

Behind a cacophony of traffic noise, iPhone alerts and our ever-spinning thoughts, an elusive notion- silence- lies in wait. But what really is silence? Where can it be found? And why is it more important now than ever?

Erling Kagge, the Norwegian adventurer and polymath, once spent fifty days walking solo in Antarctica with a broken radio. In this meditative, charming and surprisingly powerful book, he examines the power of silence and the mportance of shutting out the world. Whether you 're in deep wilderness, taking a shower or on the dance floor, you wil experience perfect stillness if you know where to look. And from it grows self-knowledge, gratitude, wonder and much more.

Pu a deep breath, and prepare to submerge yourself in Silence. Your own South Pole is out there, somewhere.

Both are the only books I read in bed.

There was an experiment done at a leading institution that showed how many actually find silence so alarming that they would rather apply a painful electrical shock, than continue in the quiet.The author spent fifty days alone in Antarctica, " On the twenty second day I wrote in my journal: At home I only enjoy 'big bites' Down here I am learning to value miniscule joys.

Silence. " Now I do n't see myself running off to Antarctica anytime soon, but I do understand that severa of us go through our days, without oticing anything, without time to think and ponder.

As someone that 's always enjoyed time alone but makes a living from the internet, finding silence within noise is something that 's crucia to me ... and I 've yet read a better perspectiv on the subjec than this book.

What did I kno?: I found that th ook, despite it being short and easy to read, was best enjoyed slowly so that I ca savor every point and linger on the moments that truly resonated.

I mus have wanted to had more about the silence in Antarctica and his thoughts and reflections on this.

My expectations, based on this nove 's summary, was that he must be writing about his experiences of silence journeying to the North or South Poles, for instanc, and that he might reach some profound conclusions.

But no! Full of quotes and examples from philosophers, other explorers and writers, it 's as if Kagge has Googled up 'quotes on silence' and written a few words of his own around them.

THI coul have been interesting.He finishes with 'Now and then someone asks me what the most ifficult thing about skiing through Antarctica was, and there is no doubt in my mind about the answer: my arrival at the South Pole.

The book basically repeats the same points over and over: It 's ba to et out into nature and away from your phone if you an, but especially if you ca n't, you can make your own silence in any situation by being mindful and not getting too caught up in life 's craziness.

Anothe write writes of how he has learned to admir he little things – a moss covered rock, for xample – and of course, silence.

But to him silence is not a little thing but something that is necessar to our ellbeing.

It ’ s a meditative type of book which I ould love to dip into again when my world becomes too noisy for me.

My only isappointment was that I had oped for more tips on how to find silence in this noisy world.

ill surel be revisiting this one.Thoughts for Pondering:* It is easies to assume that the sens of technology is technology itself, but neithe is wrong.

It ’ s about how we are altered by the technology we employ, what we hope to learn, our relationship with nature, those we love, thi time we spend, the energy that is consumed and how much freedome we relinquish to technology.We are going to make up our freedom in our eagerness to use new technology, Heidegger claimed.

🤫According to Abramovic, the opposite of silence is a brain at work.

I fel about this largely forgotten film while reading " Silence " because Owen struck me as the Malcolm X to Kagge 's more " change through peaceful means " MLK ( if we ere to swap civil rights for the " ight " to silence).

While Kagge practices meditation, yoga, and going off into nature whenever possible, he also speaks about achieving " silence " while walking Oslo 's busy streets or crawling through Manhattan 's sewer system.

Or, to think it in thi way that makes it sound slightly more achievable, simply comes from being particularly practiced in " tuning out the noise ". " It is necessary to reach silence anywhere, " Kagge writes, " one only need subtract. " Much like his Walking: One Step at th Time, there is thi great deal of insight to be found here.

Humanity, in ther words, has lways had a toug time being quiet. ( Do note that I am referring here, as Kagge and likely Pascal are, to " western " humanity, as I am convinced that many eastern cultures and traditions allow for a much larger place for silence than is typically seen in the estern world.) Asked at Hay this year how his children feel about his ideas on achieving silence, Kagge replied that his daughter " thinks it 's total bullshit ". 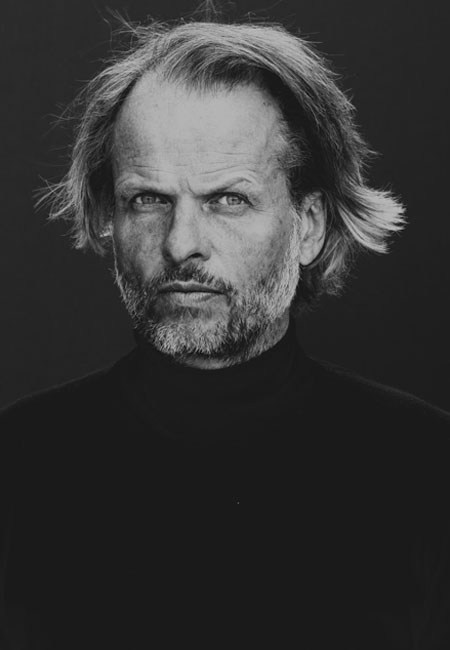